Estes Park is a town in Larimer County, Colorado, United States. A popular summer resort and the location of the headquarters for Rocky Mountain National Park, Estes Park lies along the Big Thompson River. Estes Park had a population of 5,858 at the 2010 census. The town is named after Missouri native Joel Estes, who founded the community in 1859.

Three million tourists visit Rocky Mountain National Park each year; most use Estes Park as their base.

The town’s outskirts include The Stanley Hotel. Once a fine example of Edwardian opulence, the 1909 building had Stephen King as a guest, inspiring him to change the locale for his novel The Shining from an amusement park to the Stanley’s fictional stand-in, the Overlook Hotel. Estes Park was also the site of the organization of the Credit Union National Association, an important milestone in the history of American credit unions. Trail Ridge Road, the highest continuous highway in the United States, runs from Estes Park westward through Rocky Mountain National Park, reaching Grand Lake over the continental divide. The town suffered severe damage in July 1982 from flooding caused by the failure of Lawn Lake Dam.

There were 2,541 households out of which 20.5% had children under the age of 18 living with them, 52.3% were married couples living together, 6.6% had a female householder with no husband present, and 38.4% were non-families. 31.0% of all households were made up of individuals and 9.7% had someone living alone who was 65 years of age or older. The average household size was 2.11 and the average family size was 2.61.

Above Content provided under the Creative Commons License via Wikipedia 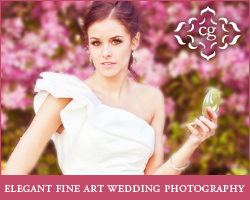